Ever since the sexual revolution and the era of New York’s Studio 54, sex and drugs have become as inseparable as a pigeon and a monument (pardon my totally asexual comparison). It’s almost as if there is no sexually liberal person who hasn’t tried mixing sex with narcotics at least once in their life.

There are many people who might claim to have never consumed sex in this manner, but many will soon realize they actually have. Spoiler alert: alcohol is a narcotic, although a legal one. 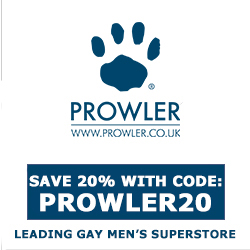 I am all for sexual freedom, but the fact that many statistics have shown how many LGBTQ+ people can’t remember the last time they had sex without some sort of substance involved is a bit disappointing.

Not only that, but I personally find this approach to sex to be a bit worrying – the very combination of sex and drugs can have longitudinally detrimental consequences both for your physical health and for your sex life. The central problem with this type of sexual activity is that the body is generating a specific type of addiction which eventually makes it impossible for the user to enjoy drug-free sex.

Research has shown that the main reason why someone would start mixing narcotics with sex is not to amp up the pleasure of it all, but to increase self-confidence and feel more relaxed. The catch is that such confidence lasts for only a short while. Plus, it can sometimes have a reverse impact on confidence, sometimes lowering it to lower than before the drugs were even taken. 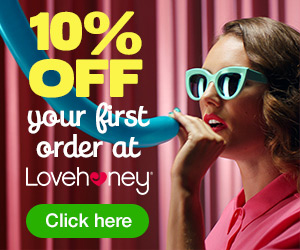 Chem sex: is it worth it?

What would be worse: taking a drug that accidentally knocks your libido out, or having such a great chemically-induced sexual performance that will make you never again feel confident in bed without a stimulant? Sorry to break it down to you, but one of these two episodes are inevitable when you decide to act in a drug and sex-filled show.

Everyone who has tried chem sex will probably be able to agree on at least two things. The first one is that no matter the effect a chosen drug has on sex, it couldn’t create a passion if the passion wasn’t already there. I mean, if you are opting for sex without passion, it actually means you don’t need drugs because you definitely perceive sex as work, and you know it’s forbidden to bring drugs to work.

The second thing is that even if the chemically-supported sex was amazing, individuals often don’t even remember it. Many won’t be able to even remember the feeling, rather they have a simple notion that it was great while it lasted.

No matter how good, chem sex can gradually numb your senses

As sexual appetites are rising, drugs will eventually make you feel more and more dissatisfied. Further on, men are not safe from a little-known issue, known around circles as “coke dick”. This issue is when the brain isn’t able to have any effect on the penis and no matter how much you might want to have sex, your precious peer is dormant because narcotics have sung a sweet, sweet lullaby to him (or her, I don’t want to assume the gender of your penis).

While you may think you’re ready to attack like you’re in a spaghetti western, your penis is more like overcooked spaghetti. No matter how long it might have been before, your spaghetti is soft now.

While there are some obvious benefits to chem sex, there are many downfalls to the practice that often go overlooked. Experimenting with chem sex will lead only to more chem sex, leading you into a vicious cycle of co-dependency. Further, many people may find themselves naturally progressing from a world of chem sex to Viagra. From one sex-enhancing high to another, perhaps.

Shine bright like a blue diamond? I’d rather not.